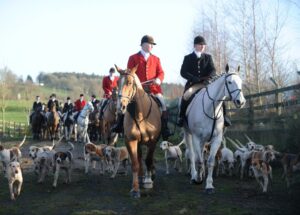 Until I was seven, I lived in a small village. One day, when I was about four years old, I watched as the hunt went by. There was a carpet of tails waving above a tightly packed carnival of hounds; a huntsman sitting straight-backed and high on his velvet horse. The drumming of paws; eager yelps; hooves clopping on the lane. The sights and sounds of a crisp morning. Excitement was in the air.

I felt safe behind the garden fence. Well, just about. You see, to me dogs were fearsome creatures. Their faces were a bit too close to mine. They had too many teeth. I can vaguely recall a bad experience with a Jack Russell, but I’ve squashed the details into a forgotten corner of my mind.

Anyway, now you know how I used to feel about dogs, I’d like to tell you a story. I was invited to Christine Crawley’s birthday party. She had a brother called Francis. My mother told me that was his name, but everyone in his family called him Boy. My mother thought it was dreadful, addressing a child in such a way. I didn’t mind. To me it was just another of those strange things adults did from time to time. 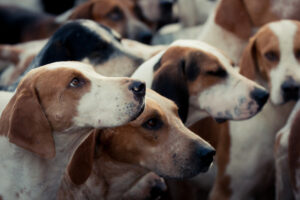 The Crawleys had a dog. I don’t think it was particularly big. A terrier perhaps. Any way, it was a proud guardian of its territory, that’s for sure.

I sat politely at the table fighting the urge to put my feet up onto my chair. I knew that would be rude. But at least it would be safe. Safer than sitting there with my ankles dangling awaiting the inevitable arrival of The Teeth. I bit my lip.

Another child arrived, one like me, suffering from acute dog-phobia. I saw the look of terror as the hairy canine advanced on him, tongue lolling, a jaunty look about him which meant he took no prisoners. The child clutched his mother. Dogs always know when you’re frightened, don’t they? They rise to the challenge. I wanted to help that frightened child.

Of course the adults thought it was hilarious. Little Veronica, at that time one of the greatest sufferers of cynophobia in the whole world, telling someone else not to worry. They laughed and laughed. I’d have crawled under the table but for the you know what. 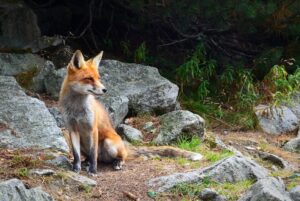 Hunting Act 2004
The Hunting Act 2004 is an Act of the Parliament of the United Kingdom which bans the hunting of wild mammals with dogs in England and Wales. 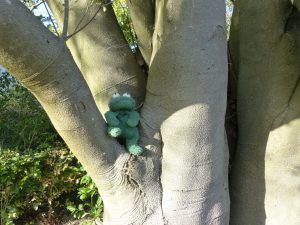 Frog: (breezily):
Dogs? They don’t bother me in the least.
Not when I’m up here anyway!
October 31, 2020Veronica BrightPermalink Leave a comment