For many of us, it’s not a good idea to start by sitting at the computer and wondering what to write. We need to be prepared for those snatched half hours when we inhabit the world of our imaginations. We need a plot that excites us, one that makes us eager to switch on and make a start….. even if at that point we don’t know 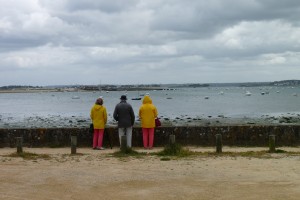 where the story’s going. So, start plotting your next story while you work in the garden, or go for a walk, or wait for a bus.

It’s been said that every story has one of seven basic plots. Could it be true? Next time you read a short story or a novel, ask yourself whether the fits into one of these categories: 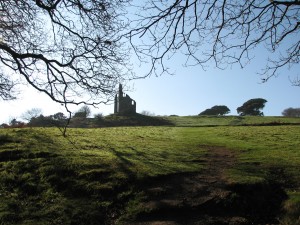 In one of my stories I asked, ‘What if a couple are all set to move from a grim flat to a house of their own, and the man hasn’t put down the deposit as agreed? He’s gambled it away.’

In another I asked, ‘What if a young widow is so bitter about her soldier husband’s death, she becomes unable to show kindness to anyone, including her young daughter?’

The other one, The Cake Stall, came second in the 2009 HE Bates short story competition, and is published in an anthology called Beauty in the Bog.

You could try the following for yourself

1 What if a stranger bumps into you and slips a small package into your pocket? Do you open the package? What do you find? Will this lead to a quest? Or maybe it’s a rags to riches story.

2 What if someone plans a revenge that misfires? Will this be a tragedy, a comedy, or a story of the character’s rebirth?

3 What if your computer develops a mind of its own? What if it orders the most unusual things from the internet? What if it links you on Facebook to someone you can’t stand?

Frog: (sadly or joyfully, you choose)

I’m waiting for a princess.

What do you mean, will this be a comedy or a tragedy?