Naming your characters can be challenging, fun, or a problem.

Is your hero a Keith? A George perhaps? Or maybe a Dave?

Would Lily suit your heroine? Or Rosemary. What about Daisy? 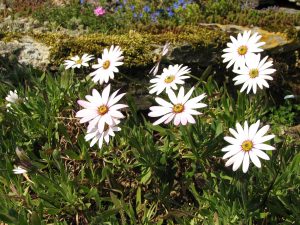 How do you go about the task of finding a suitable name?

I have a book of baby names I picked up at a church fete. Creased, the pages bearing a lightly toasted look, it was published in 1993, but has proved invaluable for helping me decide on the names of my characters.

I often rehearse different names before deciding. It’s a funny thing, but sometimes my characters seem to hear me trying out a Maud or an Ethel, and either smile, or mutter in disbelief. ‘How could you even think that,’ say the polite ones, or, ‘Not flippin’ likely,’ mutter the more outspoken. 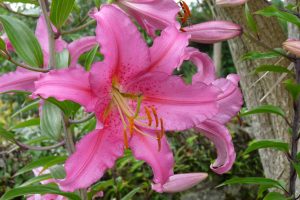 Writing in the i on 28th February, Tom Bawden reported some interesting research published in the Journal of Personality and Psychology.

This is what he says:

‘Social expectations of what a name tells us about a person are so strong that people subconsciously evolve their faces over time to fit that image, a new study claims. And the researchers claim the effect is such that we are frequently able to correctly guess other people’s names simply by looking at their faces.’

The study was led by Dr Ruth Mayo, of the Hebrew University of Jerusalem. ‘Scientists conducted a series of experiments in Israel and France in which hundreds of people were shown a photograph and given a list of four or five names to choose from.

They chose correctly between 25 and 40 per cent of the time, depending on the experiment, compared to 20 to 25 per cent if they had picked the name randomly.’

The newspaper printed photos of nine people who work for the i and gave the reader a choice of 3 names for each one. The correct names were published the next day. On the results we had, my husband and I fell into the 25 to 40 per cent correct bracket. Luck? Perhaps.

It does, however, suggest why I can’t get used to the names Mabel and Agatha for two modern babies I know. Mabel is the kind old lady my own mother visited in the nineteen fifties, and Agatha is definitely a rather haughty great aunt! Fictitious, I might add!

I think what I’m trying to say is…

Choose the names of your characters carefully. People may approach your Tom, Dick, or Harry with preconceived expectations.

There again, you could prove them all wrong!

FROG: (Putting me in my place) 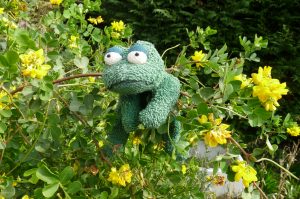 A REAL name? You mean like Charlie, or Cedric, or Harry?

No, no. They wouldn’t suit me at all.

And neither would Greeny or Hoppy! Whatever next?

My name is Frog!