Home » Blog » Uncategorized » We came from the sea

WE CAME FROM THE SEA 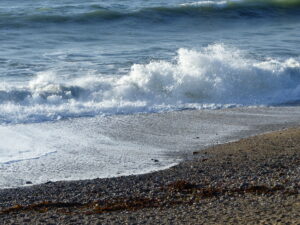 We came from the sea, sliding out of the mud, learning to use lungs to breathe the invisible air. Reggie knew all about that. The others didn’t seem to care.

In the Plymouth Aquarium, my class of five-year-olds leant over the rock pool, pointing at the starfish. They named the blennies and the anemones, eager to retell stories of their own. They stopped in front of the hippocampus tank and saw sea-horse tails curved around green stems; tiny eyes in modestly dipped faces. The children ran down passageways where we stared up at nurse sharks flicking their tails. They sat cross-legged and watch enormous rays with undulating gills. They gaped at the sharks, and when one child said their teeth were scary, several of my bolder characters insisted that they weren’t afraid, not one bit. Reggie said they would be if they were in the tank with them, and he received a scornful look. He re-established his kudos at the next stop, where he informed us that, ‘This is the biggest tank in the UK, and it holds two million litres of water.’

‘I read it before we came, in case anyone asked.’

I wish I could have taken him when I did my preparatory visit, late one afternoon when all the families had gone home for tea. There was silence in the whole place, and I stood for a long time in front of a living display of tiny 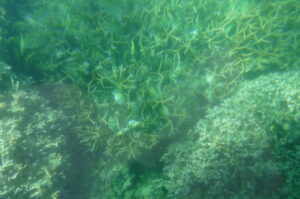 jellyfish, ocean drifters, almost transparent, their umbrella skirts pulsating. I remembered snorkelling in Mauritius, dipping my head underwater and finding a world I had heard about, had seen on television, but had never experienced before. It was a wake-up call to being responsible for all this unimaginable beauty. A bit like knowing God is real, rather than being told.

We went to the beach later in the summer term, my class and I. We took parents and carers, and our swimsuits and picnics. A few children were eager to start eating as soon as we arrived, but Reggie told them they’d be hungry later. They pulled a face at him, but closed their lunch-boxes anyway. There were rock pools to explore, and we had buckets and trays to display our finds – two hermit crabs, a pipe-fish, a blenny, various shellfish, fronds of seaweed, a cluster of yellow periwinkle shells. We returned all the living creatures to their homes before we left.

In the classroom we made a display showing how long various objects would take to rot away. The children brought plastic bottles and bits of old rope, bottle tops and drink cans. Reggie committed the whole list to memory.

Perhaps it’s easier for children who live by the sea, to learn to love it, to respect it, to honour it. God’s beautiful underwater world. The place from which we all came. 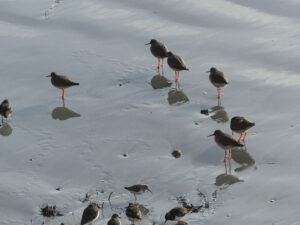 I came from a pond. 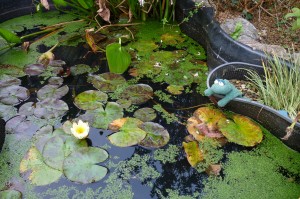