NB: Tips for beginner writers continue as usual, with

Thanks to Lucy Mills for the tag. Lucy’s post may be seen here

What are you working on?

How does your work differ from others in its genre?

I like exploring characters. I like stories where the reader is so in tune with the protagonist, he understands them, empathises with them, comes to the end of the piece saddened, or happier, perhaps slightly wiser than he was before.

Sometimes I write just for fun – like Miss Swanson’s Dog, which recently won the Spooky Tales competition run by What the Dickens Magazine and Miracle E-zine. The anthology hasn’t been published yet, so it’s a case of ‘watch this space’!

Why do you write what you do?

I want people to listen to each other, to understand each other better. 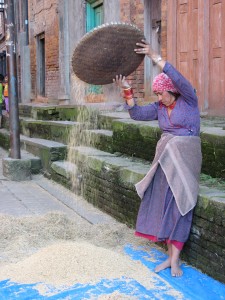 I think fiction enables people to see the world through the eyes of another person, whether it’s a disturbed individual like Sebastian Faulk’s Mike in Engleby, or the entire, and much more normal, Riordan family in Maggie O’Farrell’s Instructions for a Heatwave. You walk where they walk; you understand. Compassion grows.

How does your writing process work?

When my Writing Magazine fell onto the doormat last week, it contained a booklet which implored me to flounder no more! NO RULES, Just Write, it said sternly. 7 days of inspiration to unlock your creativity. It could have been written for me. I love writing, but I don’t find it easy. 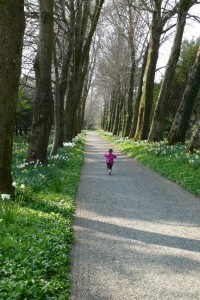 I have a long way to go.

My stories are developed slowly. I have been known to ask my husband if he has any ideas I can work on. I rewrite frequently. I have learnt to listen to advice (husband again; friends at writers groups), and act upon it. I love the way the characters grow, emerge, follow me round, whisper in my ear. And then they remain, some-one I might bump into in the street. I would recognise them at once, greet them like old friends.

A non-writing friend once asked me if I was ‘still churning out stories?’

I took it as a compliment.

To continue this mini-blog tour I’d like to tag two excellent writers,Tiggy Hayes and Kathy Lang to post next Monday (May 12th).

In order to develop a sense of character, it’s a good idea to have him/her doing something.

Don’t tell me Ernie is depressed. Have him do something that makes me know how he’s feeling. Perhaps a child runs along the street and knocks into him. How does he react? What thoughts go through his head? Does he feel his old light-hearted self has gone, perhaps forever?

To develop Ernie’s character further, you need to give him a problem of some kind. Is somebody he loves in trouble, or desperately ill? Is his teenage son going completely off the rails? Is he worried that he can’t pay for that expensive holiday he’s promised his wife?

Try developing a character of your own. Think about him/her while you’re peeling potatoes, riding on the underground, weeding the garden. Anywhere where you can grab a few minutes to yourself. 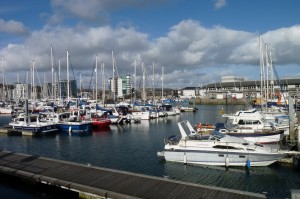 Brainstorm your ideas. Pick the one that appeals most. Write a short paragraph showing what he/she is like while they are doing something.

‘This hands-on course helps you to get started with your own fiction writing, focusing on the central skill of creating characters.’

The course is for anyone who wants to develop or improve their skill and creativity, complete beginners included.

In the introduction to the course you’ll read, ‘Fiction is all about characters. Make the best of everything you already have and know – your unique ‘material’ and ‘equipment’ for creating characters.’

It is not too late to join in. 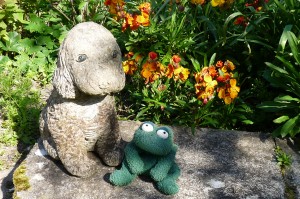 I’ve thought of a character.

Now for the action.